Take it to the bridge, the Forth Bridge! 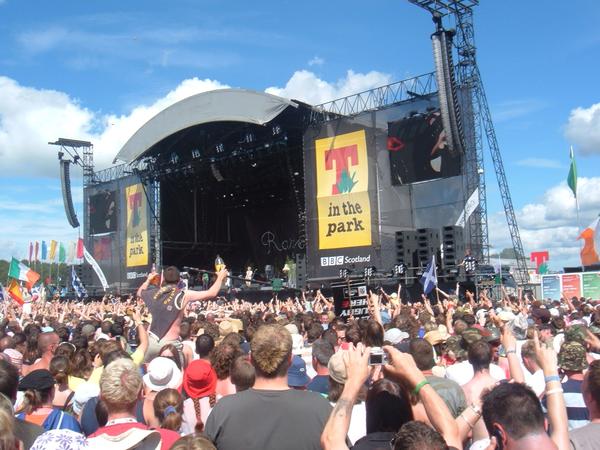 This is a big one in the Name-Drop Diaries series.

It focusses on T in the Park, the music festival from Scotland that ran from 1994 to 2016.

Originally, I attended the festival in my capacity as a photographer until 2001 when I began working with The Proclaimers. I helped the management and the twins with their re-surfacing album ‘Persevere’ which they self released after a 7 year hiatus in the mid 90s. I then went on to work with them on their ‘Best of…’ album and have been involved ever since making live and promo videos, designing and maintaining their web presence and taking stills for promo. I even worked with Matt Lucas to co-create the video for ‘Spinning Around In The Air’ but that’ll get it’s own ‘Name-Drop’ entry!

2001 saw the triumphant return of The Proclaimers at the Balado site. They played the King Tuts Tent (or was it the NME stage) which had a capacity of only around 5,000. For the hour before they came on, Scottish flags were seen approaching the tent. Once they hit the stage, the crowd went absolutely mental! I remember sneaking out from backstage to grab some photos to be met with the tent openings at least 10 deep with fans desperate to get in and see the twins with their powerhouse of a live band. When they played 500 miles, we were all in tears, the emotion of 5,000 fans singing at the top of their voices in an enclosed space like that was heart-stopping and elating. I’ll never forget that moment.

In 2001, I was also asked to design & build the first T in the Park website for DF Concerts. My friend Keren made the introduction to Geoff Ellis (top bloke) and his team and I spent a few years making sure the site was on point with listings and all relevant info for the event. Good times and very proud to have been involved.

Needless to say, there were many great backstage moments at T in the Park between 1994 and 2016 but there is one that blew my mind back in 2005.

I was backstage with a few friends that year, not a Proclaimers year and I think we were actually on the Foo Fighters guest list for some daft reason!

Anyhoo, it was a lovely hot summers day that Saturday and myself and my pals from the band Brady Cole (Kirkcaldy) were enjoying a few Tennent’s lagers in the VIP area. Needless to say, I was probably a wee bit ‘happy’ that afternoon in the sun, having seen such awesome acts as my old friend KT Tunstall, The La’s, Suzanne Vega to name but a few…

So, as I mentioned before, it was a lovely afternoon, the sun was shining and we’d had a few tins of that famous Scottish lager that begins with the letter ‘T’.

We were hovering by the Foo’s portacabin just soaking in the atmosphere and people watching, which backstage at these events is quite random! Having worked in the industry for quite a few years, you play it cool, even when you bump into your rock idols in the toilet or at the VIP bar but there was one time where I broke etiquette, I had to, I couldn’t help myself…

Mid afternoon, we noticed a caffuffle over by the main entrance gates of the backstage area and saw them slowly open.  A long line of people, dressed in black walked in through the gates lead by some rather large heavies in bomber jackets with wardrobe flight cases being rolled in alongside… the huge entourage slowly pass us on the plastic path covering the field that we’re in. We soon realise that this must be James Brown’s band, dancers and crew.

A certain air of excitement picks up, an electricity fills the air… and then, There’s James! The Godfather of FUNK! Walking right towards us.

I don’t know why, and i’ve never done something like this before or after, I lost all composure and got to my knees and bowed down before the man. I looked up and he was smiling, walking straight towards me.

He hugged me. JAMES BROWN HUGGED ME! He took it to the Forth Bridge and hugged little old me! I did feel good. (I knew that I would)

This was before smartphones and selfies … not many people ran around with cameras backstage as it was not considered cool or acceptable to photograph the talent off stage, alas, that snap of my embrace with James does not exist.

My drumming did get a hell of a lot more funky after that encounter though.

I can still taste his hair dye. RIP James Brown. 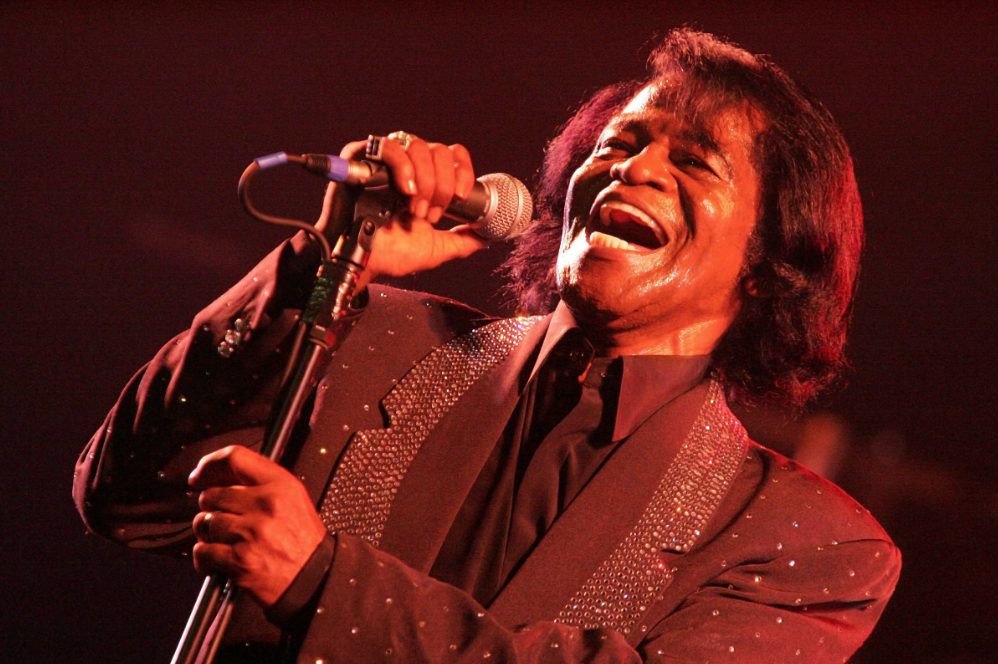 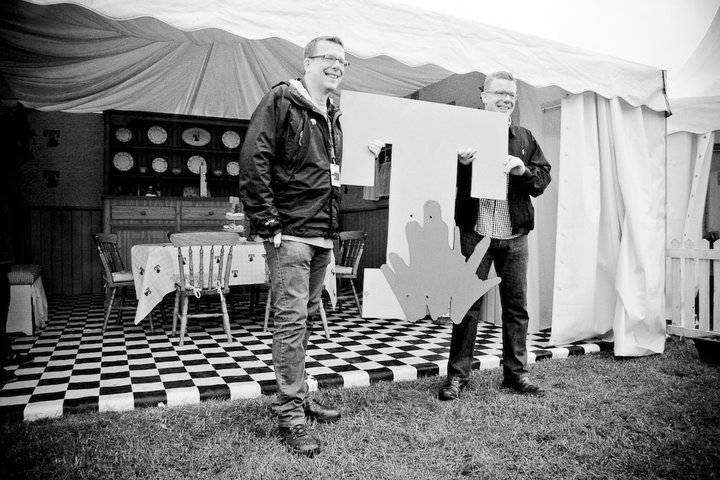 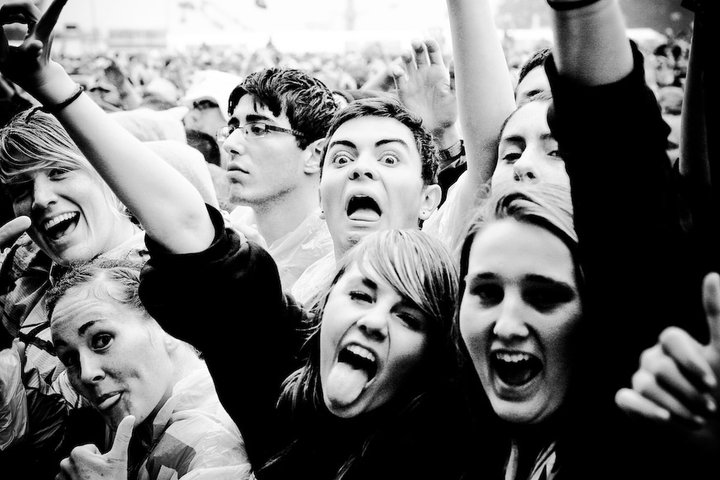 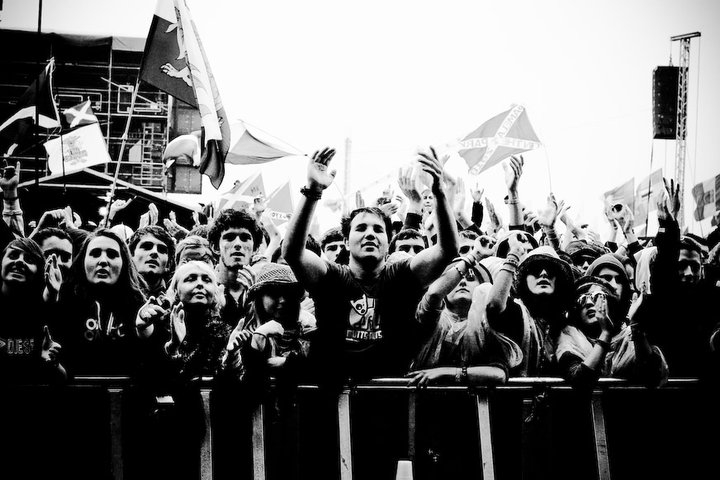 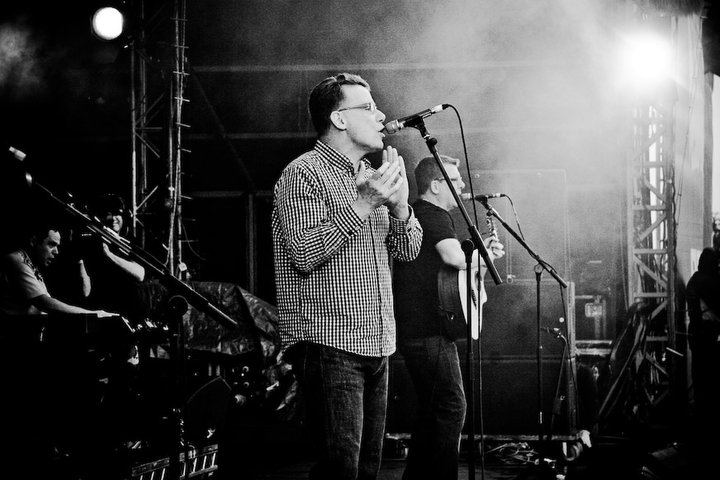 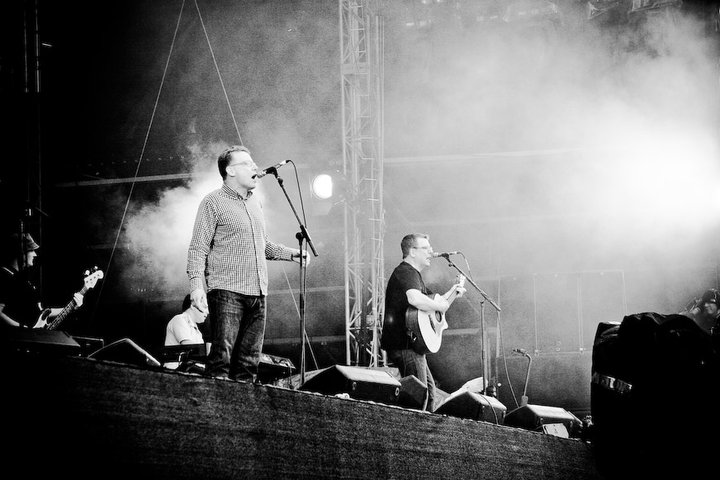 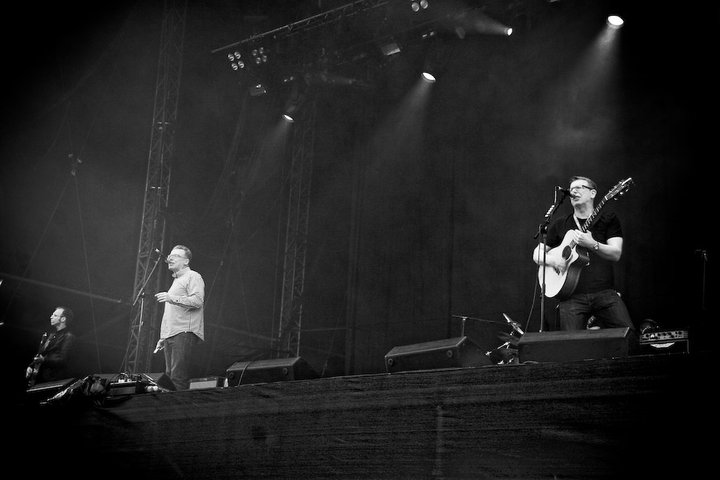 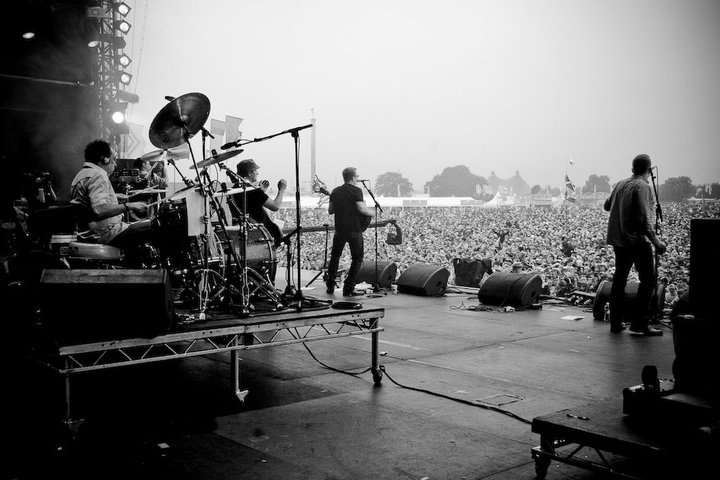 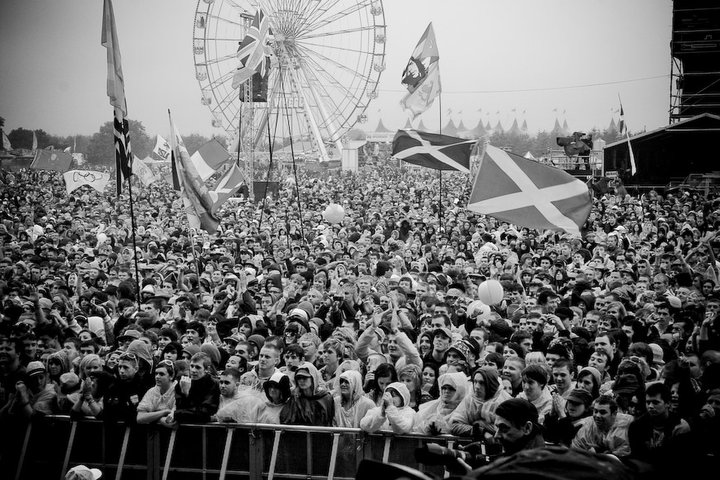 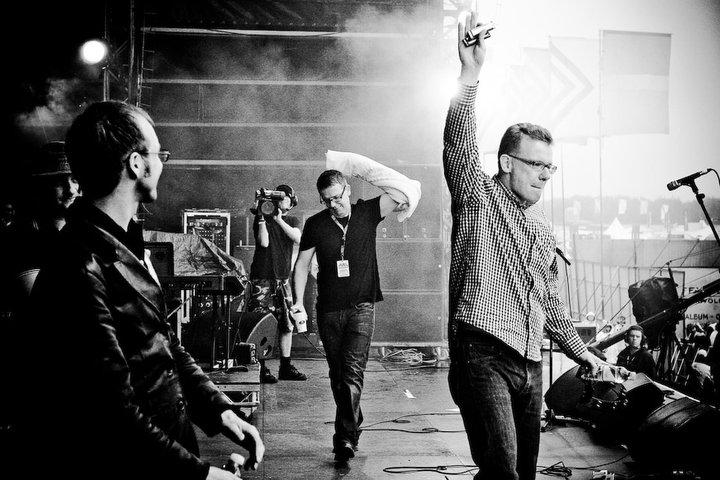 The Proclaimers, T in the Park 2010
Photos: © Colin Usher